Seabed shear stress (in N.m-2) is a measure of the friction of water on the seabed due to waves and currents. The 90th percentile over the available period is used as layer for habitat models prediction.

The methodology is detailed in Rivier, 2010. Rugosity length was set to 0.1 mm. 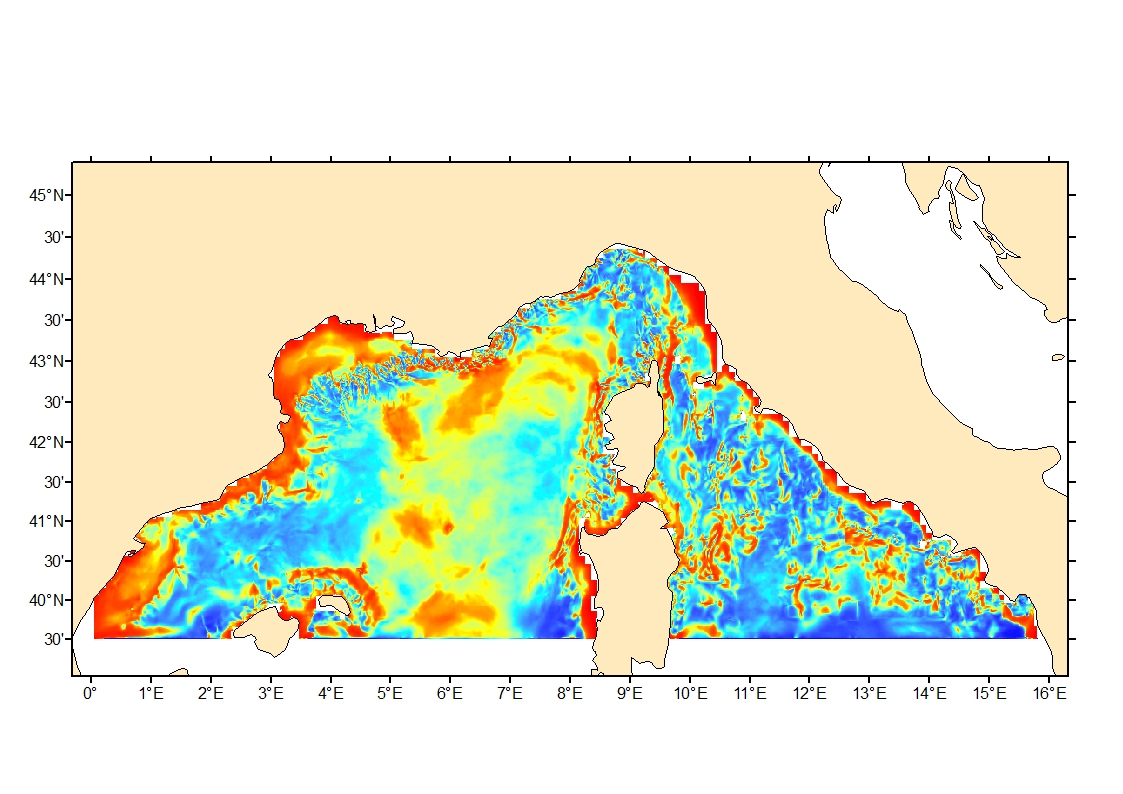