A habitat distribution modelling approach was used to model the spatial distribution of kelp forests along Britanny’s coast (France).

Type of occurrence data used: Acoustic surveys of kelp forest were carried out in spring 2005-2006-2007 in 10 study areas along the coast of Brittany. A specific algorithm was developed for automatic detection of presence/absence of kelp forest from the acoustic data. 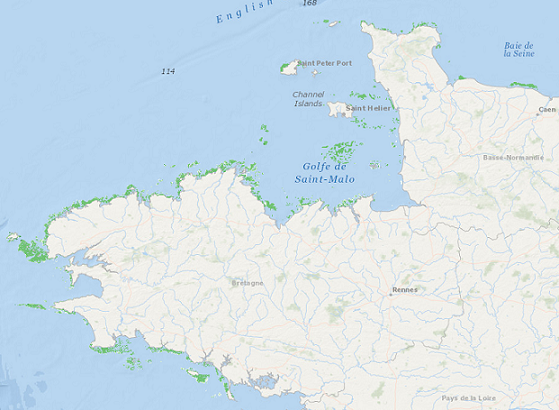